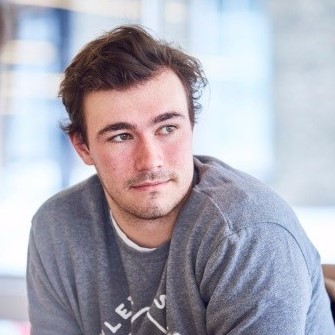 Hal has used story telling as an accelerant for his career since day one.

His manager’s accidental holiday to Ibiza on his first day of work saw him as one of two consultants working on Diageo’s Future of Marketing project - setting the three year strategy for the company’s 180 market teams. One thing led to another and he found himself consulting independently for Global Citizen on the launch of a festival that raised $700m for the fight against poverty, helping to establish a consultancy in London and growing it to over £1m turnover in its first year and then launching a tequila company in Africa - all before his 25th birthday.

Today, as a Future Leaders Scholar on Imperial College’s MBA program, Hal is putting his expertise in building and selling visions for the future to good use as a coach to Imperial’s start-ups and as a co-founder setting up an online gaming studio in London.

Among the various companies he worked with are Independents United, Gobal Ctizen, Diageo, PepsiCo, Samsung and Aston Martin.

Learn to Lead, Influence, and Sell Through Story