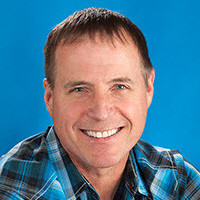 Mike Grabham has gone from prison to president. He has started six companies and raised millions of dollars from angel investors, sold two companies and failed and had a successful Kickstarter. He has launched software products, services and physical products from just an idea to paying customer numerous times. He also has conducted 100+ interviews with great leaders at Startup Grind Seattle and Start IT Seattle on King 5 TV. He loves learning about customer behaviours and the neuroscience on decision making.

He is a public speaker and does one on one coaching, consulting and teaches an online course New Idea to Paying Customer.

He and his wife started a non-profit Survive the Streets 19 years ago, which they help homeless in Seattle by providing a pop-up retail store each year on Thanksgiving Day. He is Steelers fan, basketball player, road biker and wine taster. If it matters to anyone, he received his MBA from Seattle University and has an undergraduate degree in Mathematics.